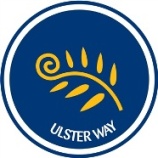 The verdict of those who were present at the UFRC Spring meeting at Oxford Island on Saturday 18 April was that it was very worthwhile. Around 40 people attended and they were treated to presentations from Committee members Ronnie Irvine and David Flinn, from Harry Goodman who walked the entire Ulster Way during the 1990s and from Niall McAleenan of the NI Environment Agency.

The meeting finished with small groups discussing particular aspects of the Ulster Way and a general feedback session. We have summarised below the key points to emerge from this discussion and we welcome further observations and suggestions from members who could not attend the meeting.

Our meeting was held against a backdrop of Departmental budget cuts and a real threat to the existence of the Ulster Way and Waymarked Ways long distance routes. At the time of writing Outdoor Recreation NI stands to lose all of its funding from the Department of Environment from the end of June. Among other things ORNI provides insurance cover to landowners along these routes which will be withdrawn unless the Department reverses its position on funding. In the absence of insurance some landowners may decide to close sections of these routes rather than risk a costly court case arising from an injury to a walker. We have written to Minister Durkan on this issue and eagerly await his reply.

Despite these short term difficulties there is a consensus amongst UFRC members that the Ulster Way has much to commend it and is worth fighting for. That said, its shortcomings are recognised and the concept of a circular route of over 600 miles in length linked by Youth Hostels (as originally envisaged by its founder Wilfred Capper) looks somewhat outdated. In going forward the following points were considered important:

Our next steps will be to inform both the Minister for the Environment and the Assembly’s Environment Committee of the outcome of our meeting and press for an early meeting of the Advisory Committee. Hopefully we will see some progress by the time of our AGM in October and we can report back to our members.

We very much welcome further representation and reporting on the Ulster Way from our clubs and members in this ongoing engagement.

On behalf of the UFRC Executive Board

The UFRC will focus on the Ulster Way at its Spring Meeting which will be on the morning of Saturday 18 April 2015 at the Lough Neagh Discovery Centre, Oxford Island. The meeting will open at 10:00am with tea/coffee and will finish with a sandwich lunch served no later than 1.00pm.

A number of resolutions at the last AGM in October reflected a frustration amongst our members that the Ulster Way remains an unfinished product and one which is not fulfilling its potential to satisfy off-road long distance walkers or to boost walking tourism in the North of Ireland.

A number of initiatives and lobbying have already taken place but we now seek to take the matter a step further. We are developing a PowerPoint presentation which will give the background and history of the long distance route and highlight its potential for improvement. We will also learn from a member’s recent walking experiences on the Ulster Way.

Now a regular Spring Meeting attendee, Niall Mc Aleenan from NI Environment Agency has agreed to come and give an overview of what has happened since the re-launch of the Ulster Way in 2009. He will also give NIEA’s view on the future of the route taking into account expected budget cuts in the Department of Environment.

Although this will be an enjoyable get together, as always we do not want this to be solely a discussion that takes us nowhere. Our intention is that the meeting will inform and develop our thinking on the future of long distance walking in Northern Ireland and help build the UFRC campaign to “re-boot” the Ulster Way.

I know it is a busy time of the year for rambling clubs but a good turnout would be much appreciated. It would be especially good if we had at least one representative from each of our affiliated clubs to give us the widest range of contributions.

To help with catering please RVSP to our administrator Simon Reardon (administration@ufrc-online.co.uk)

I look forward to seeing you all.